Optics for the Infra-Red 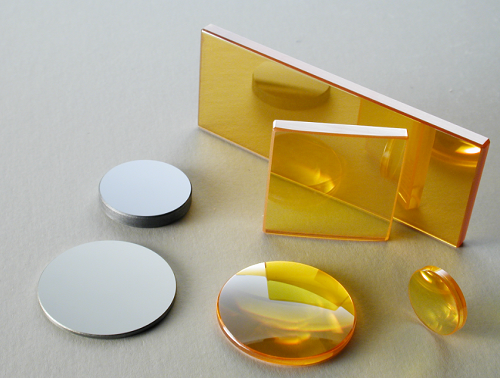 The infra-red region of the electromagnetic spectrum is a vast region running from the long wave edge of the visible all the way to the microwave spectrum with wavelengths of 1 mm. Infra-red is characterized by the heat it induces on absorption. We confine our consideration of the infra-red to only a part of this spectrum more correctly known as the mid infra-red but also bounded by the availability of useful atmospheric transmission windows (for our purposes we consider infra-red to mean wavelengths in the ranges 3 – 5 µm and 8 – 14 µm.) Both of these regions have become important for military surveillance and sighting enabling the production of sharp images of both close and distant objects. This has lead to the development of sophisticated capabilities in thermal imaging which are now being utilized in other fields such as medical diagnosis and industrial monitoring. The 8 – 14 µm band has also become extremely important in the field of industrial machining due mostly to the development of carbon dioxide lasers which have their fundamental at 10.6µm.

Materials for the infrared are quite different from those used in the visible and near infra-red as well as the UV and visible ranges. Infra-red work is completely segregated from the rest production area as it uses materials which are incompatible with other areas. Coatings utilize much thicker films which have to be carefully deposited in order to avoid the build-up of stress.

Request A Quote
Scroll to top